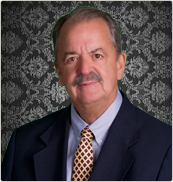 Hugh E. McGuire, Jr. is a principal at McGuire & McGuire, P.A., and has served the people and businesses of Manatee County for more than 40 years. Mr. McGuire currently focuses his practice primarily in the areas of governmental affairs, land use and development law, corporate and commercial transactions, and agricultural law.

Mr. McGuire has extensive experience handling corporate transactions and land use transactions. His reputation for excellence in this area has resulted in his appointment to several high-profile positions within the government and private businesses. Since its inception, Mr. McGuire is a member of the Tampa Bay Area Regional Transportation Authority. He was the driving force and founding member of the North County Partnership, a group of 22 developers working as a public/private partnership with Manatee County in planning and constructing infrastructure in the North County area. Mr. McGuire served as the initial Chairman for the partnership, when it spearheaded the expansion and improvement of a state road. He also served on the Board of Directors of Synovus Bank. As part of his representation of developers and businesses, Mr. McGuire has been continually involved in the financing and transactional aspects of many residential and business transactions.

Mr. McGuire has argued before the Florida Cabinet, served as a board member on various civic organizations and represented clients before state and local governmental agencies, boards and commissions. Mr. McGuire is licensed to practice in all Florida courts, the Federal District Court for the Middle District of Florida, the U.S. Court of Appeals for the 5th and 11th Circuits, and the U.S. Supreme Court.

Prior to starting the firm in 2013, Mr. McGuire served as an attorney for the City of Palmetto for 25 years and represented local fire districts. 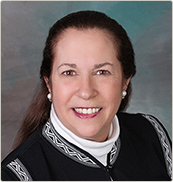 Carol A. McGuire is a principal at McGuire & McGuire, P.A. and has practiced in the Tampa Bay are for 29 years. Ms. McGuire currently practices in the areas of land development, real estate disputes and general litigation. She maintains an AV® Preeminent™ Martindale-Hubbel® Peer Review Rating™ representing the highest rating in legal ability and ethical standards.

Ms. McGuire's practice has added value to clients in excess of $10,000,000.00. Her representations have included Fortune 200 and Fortune 500 companies as well as agricultural, industrial and family-owned businesses. She represented the former Manatee County Sheriff for 25 years. Over the course of her career, Ms. Mcguire has represented clients before Federal and State agencies as well as local governments.

Prior to starting the firm in 2013, Ms. McGuire was a sole practitoner. Ms. McGuire served as a member of the Board of Overseers for Stetson University College of Law; the Judicial Nominating Commision for the Second District Court of Appeal (Chair); the Florida Bar Grievance Committee (Chair) and the Manatee County Law Library (Chair). She received the Award of Merit by the Florida Association for Woman Lawyers, Manatee Chapter and was a Master in the Grimes-Goodrich Inn of Court. Ms. McGuire had a case featured in the American Bar Association (ABA) Journal.